Oxidation: Oxidation is one of the chemical reaction in which certain chemicals react with the Oxygen content in the air and polymerizes or changes their physical and chemical properties. In the process of drying of the inks, one of the processes used for the drying of the ink is the Oxidation process that allow the vehicles in the inks to absorb the Oxygen and dry on the substance and binds with the material on which the ink is printed. Oxidation does not evaporate, it only polymerizes and binds with the material.

Outsourcing: The term implies that certain wok is got done on contract with some of the agencies. Outsourcing is the act of a firm contracting  another firm to provide services that might otherwise be performed by in house work force as outsourcing would be profitable though getting them done in-house.

For example many of the medium size presses may not have all the facilities or sufficient work force to undertake all the processes involved in completion of the printed work. On certain occasions it may so happen that some jobs may be received which will generate much profit and part of them can be easily done in the press itself and part to be got done on contract. In such cases, the presses prefers to outsource partial work on prevailing market rates and complete the remaining work in the press itself to raise invoices on the press name. Outsourcing in strict sense  is the delegation of one or more processes to an external agency, who then owns, manages and administers the selected processes to an agreed standard and cost for particular period of time.

It is not necessary that the portions of the work is always physically sent to the firm with whom the work has been entrusted. Even certain portions of the work are got done inside the premises of the presses with labors from the outsourced agencies on contract basis. Another example is the Printing machinery and equipment manufacturers often outsource fabrication of a certain components of the machine with their name tag, with firms who are experts in the manufacturing of the said part. This reduces the overall cost of the machinery and equipment to a great extent. Some of the work outsourced by the presses publishing the books include proof reading, editing, process work, plate making, and binding.

Off color: The color or shade which is not actually the original or standard color of a material. When it is stated ‘Off White Color’ it implies that the whiteness of the material will be a bit less compared to standard white color. Since the shade can not be expressed in terms of percentages, the word ‘Off’ is prefixed and expressed. For example ink and Paper manufacturers say Off Red color, Off Blue color, Off Grey etc to some of the special shaded tints manufactured as proprietary color for a particular firm.

Onion Skin : A lightweight paper usually used in the air mail stationery. Such light weight paper is used on typewriter machines to produce duplicate and triplicate copies. Since they are light weight thin papers, the carbon copies obtained on the typing machines used to carry clean image . The copies made on Onion skin papers are used for record keeping purpose since the thickness or volume being thinner, they occupy less space. The name Onion skin paper is given due to its translucent surface which resembled to that of onion skin. Though lighter in weight due to the thick formation of the cotton fiber content, the paper is found to be durable.

To understand the implication of read the following example:
Supposing a special functioning printing machine is supplied by a manufacturing firm called Stephen under brand name (Proprietary product) “ Beep Print” .

The machine function is linked to a ancillary unit manufactured by Siemens, Dell, Nokia, Philips or some electronic group. Some of the parts inside may have software with instruction inputs of the main machine to function in sync. Some of the components of the ancillary unit may be of general items in nature and easily available in the market, and some parts may have been specially made for the Beep Print machine function. Still Stephens will only be considered as the OEM of the Beep Print along with its ancillary unit, as both the main machine and the ancillary units are interrelated and function as one unit.

OCR or OMR: Optical Character Recognition (OCR ) or Optical Mark Recognition (OMR) is an imaging technique where by the typed text, any printed matter and even the hand written texts are scanned, copied, and translated into editable word version by special software. The Optical character recognition software allows a computer program to convert handwritten or scanned letters into digital image and then with OCR software they are converted to readable text. The OMR imaging process utilize the OCR or OMR device to electronically translate the characters into codes which can then be saved as a text file thus eliminating the need for key boarding of the texts.

The printed matters can be quickly converted to text for re use thus avoiding retyping of the matters. Even PDF with tables can be converted to re-editable word document. Some of the Online sites offer free service to convert the documents on trial basis. The benefits of OCR or OMR technique is: 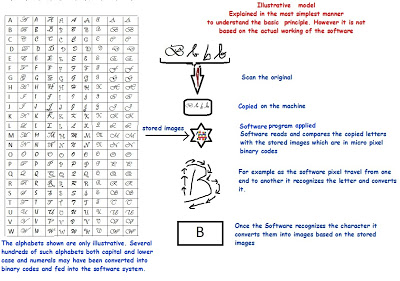 Orthochromatic : The type of Photographic film which is sensitive to all rays of the wavelengths except Red. Therefore processing of this film can be comfortably done with Red safe light ion the dark rooms. This is best suited for processing black and white pictures. 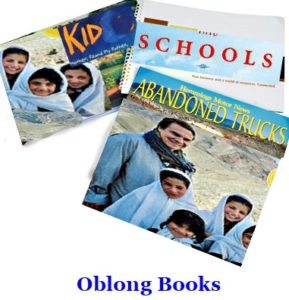 ………..Additions to alphabet O to be continued under O/3