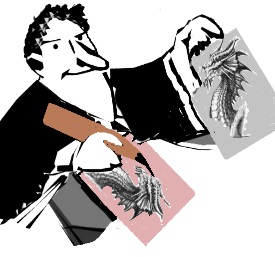 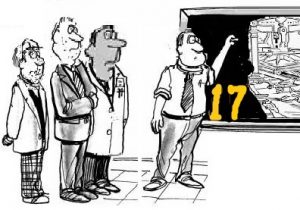 82) What is Mezzotint process?
Mezzotint is derived from Italian language meaning halftone. Mezzotint is a print making process under family of Intaglio in which the photographs containing different tonal variations are converted into printable image for further reproduction by Mezzotint process.
In Mezzotint print process the plate required for printing is prepared by a hand engraving process in which the tracings of the image to be reproduced made on the surface of a suitable metal plate – generally copper- is systematically and evenly pricked or rubbed creating the reproducible image containing thousands of small pits of varying nature and size proportionately representing the soft, subtle tonal gradations of the images. The tiny pits or burrs thus created will hold oily ink if applied and print taken from the inked plate.
The pits may not be uniform as they are produced by scratching the surface of the metal plate with a tool called Rocker or cradle with finely toothed edges and engraver. The sizes and the depth of the small pits which represent the tonal values (shades) of the picture being printed will vary depending upon the shade required.
Basically the Mezzotint process of reproduction falls within the umbrella of Intaglio printing process which is an umbrella term for entire printing processes in which the images to be printed are converted into printable image by mild to deeper engraving of the design elements in the form of lines, dots and spots onto a metal plate which will then be filled with ink and transferred on to a paper surface.

83) How is a Mezzotint plate prepared?
First the artist smoothly roughens the entire surface of the metal plate with the tool called ‘rocker’ before the design is engraved. This cause formation of texture of smooth mild pits, like tiny sand blasted, over the entire surface of the plate which can hold ink in the pits created. Then the image to be created is traced or drawn on the plate and the artists begins to smoothen the burrs or pits reducing or retaining the ink holding capacity of those pits to the extent required matching to the tonal graduations of the image to be reproduced. The engraved plate thus prepared is used for taking print outs similar to the Intaglio printing process. This may appear to be simple but highly complicated process with great expertise involved in the mezzotint plate making process. The other method was to trace the image to be reproduced on to the metal plate and then the areas are rubbed or scratched with rocker to create pits proportional to the shades required. These were time consuming process which required expertise artist to handle.
After creating the engraved images into dots, pits and burrs, the surface of the plate will be burnished to smoothen or polish the surface of plate containing the engraved pits and burrs metal as they are non-printable areas that remain above the pits and burrs. This process is again complicated and expertise required because, the polishing or smothering the surface should not reduce the intensity of the engraved pits and burrs that match to the shades or tonal values of the image but at the same time if and when the ink is applied over the plate and gently wiped out from its surface, the inks will remain only inside the pits created, leaving the remaining smooth surface of the plate free of ink layer.

84) What were the constraints observed in the Mezzotint process of printing?
Mezzotint process of printing is time consuming, intense labour oriented and expert artists in Mezzo tinting needed for translating the originals into printable form on a metal plate. Also the process was very expensive and did not give satisfactory reproduction in converting the photos into printable picture in their true tones and shades as the required tonal variations could not be reproduced in their true shades by the laborious hand engraved process. Only one colour printing could be done and longer runs of making copies could not be carried out as the images on the plates lost their sharpness gradually due to pressure of wiping applied on plate. 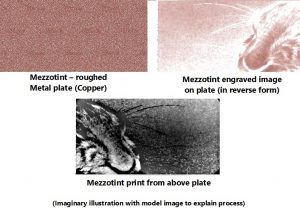 85) When and why was the Mezzotint process developed?
The Mezzotint process of printing was developed to print the Photographs containing various graduated shades and other Portraits including Oil paintings and Brush work of the artists. This process was invented first in Amsterdam (Europe) by a German in 17th century, and continued till the halftone screen process of printing was developed in 18th century. The Mezzotint process reached the height of its glory with affordable translation of the paintings and portraits into print form for mounting on walls of domestic interiors and public spaces which were in great demand in many parts of Europe, especially in England during 18th to 19th centuries. They were encouraged by Monarchs and ruler, however the time consuming, intensive labor oriented process of converting the images into printable metal plates led to the sub development of another technique called ‘Stipple Engraving process’ in France in 17th century itself.

86) What is Stipple engraving process?
The Stipple engraving process was reportedly developed in France by an Italian artist. This process too falls within the umbrella of Intaglio process of printing. Instead of roughening the surfaces and then tonal values created in the form of various pits and burrs matching to the shades of the paintings and drawings, dots and lines of various sizes and various densities were created by gouging out the dots and lines from the metal plate with tools like an etching needle or burin and subjecting the plate to some soft etching process to smoothen the gouged dots or lines and to give further depth to the dots or lines wherever it was needed. This method speeded up the process of reproduction especially Portraits and Crayon and Pastel work drawings. Even though this process was developed alongside of Mezzotint process, it could not make much inroads since people continued to prefer reproductions of Mezzotints. 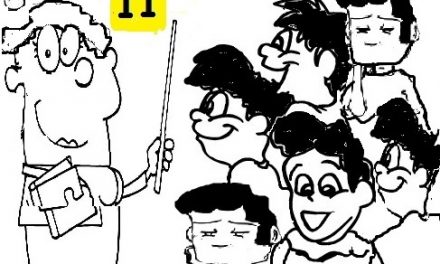 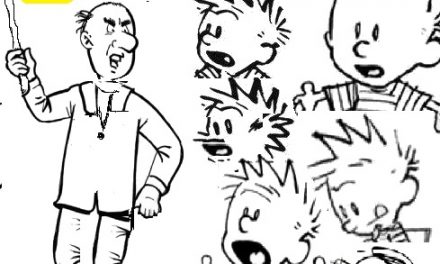 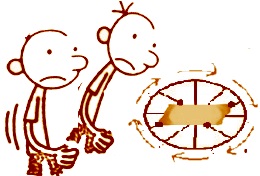