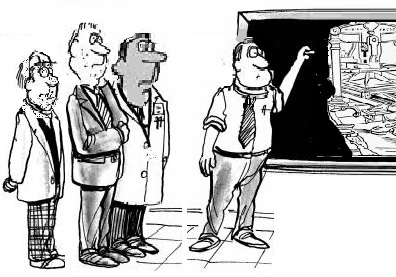 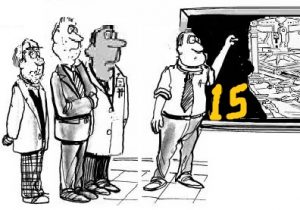 77) How did the printing process originate? Write a brief summary.

The origin of printing dates back to 6 to 7 thousand years ago. Historians’ state that the idea of printing emerged based on impressing seal marks on softer materials like wooden clay, larger bricks etc which were in existence during Mesopotamia civilization before 3000 BC. Those marks were called seals or signatures of the authorities to record ownership. Mesopotamia civilization flourished in Western Asia, roughly corresponding to most of present day lands in Iraq, Kuwait, parts of Saudi Arabia, parts of Syria, South eastern Turkey, and regions along the Turkish–Syrian and Iran–Iraq borders. The marks or images of the seals deeply engraved either over a flat or round object (engraved images in sunken position below surface) were pressed against semi dry materials like bricks and clay material or some other softer material like gold foil sheets to create relief images without use of any kind of ink which was unknown then. It is also suggested that carved Bones, Ivory, Gold and Copper metals were used carrying some elements of authentication mark and used as seal.

Actually this kind of sealing process -leaving blind relief impression over soft surfaces- lead to the development of wooden blocks carrying engraved images in relief to print on mediums like fabric, paper and other thin foils. This emerged in China. Though the printing machines were not developed for printing with the wooden blocks in the then era, wooden blocks with images were manually inked and pressed against the surface that needed to be printed. The credit certainly goes to Chinese for developing this kind of manual printing process using engraved wooden blocks. The technique was called “Wood Block Printing”. Thus the earliest form of printing is believed to have  begun in 4th to 5th century in China using engraved wooden blocks having images to be printed in relief format. There are conflicting claims on the period in which the wooden block process has been developed. While some researchers attribute the period as 2nd and 3rd century, other researches mention the period to be 4th century and to later period.

Initially this process was used for printing on silk fabrics and later in 600 AD extended to print on paper. The process of –Woodblock printing- slowly widened with printing designs elements on fabrics to paper after the paper making process was invented by Chinese. The earliest book reportedly printed by the wood printing process were Buddhist religious texts. Thus it is admitted by researchers that the process of printing was indeed invented by Chinese using wooden blocks and which further led to the invention of movable wooden type fonts  followed by movable metal type fonts by Gutenberg.

Some historians also suggest the existence of scrolls of thin leather material called vellum and parchments displaying hand written texts supposedly written using some stylus. There is belief that those scrolls belonged to the period before the printing of text by woodblock printing commenced. Thus the art of printing enlarged from direct hand written texts on some medium like scrolls to printing texts on some substances using relief engraved images on some substances.  All the developments took place first in China and then spread to the regions in Asia and Europe. Several centuries before this process widely spread in Europe, it was already in practice in many parts of Asia. This is how the art of printing originated leading to the inventions of movable types and printing machines.

Prints taken using  images in relief led to the emergence of Letterpress printing process where instead of wooden blocks metal plates were used to create the relief images on them though wooden type faces were also used when very big sizes of letters were required for the text. Instead of hand rubbing the paper or other substance against the relief wooden blocks to transfer the images, the hand press for transferring the images were developed followed by hand operated treadle machines to semi automatic to fully automated letterpress rotary and sheet fed machines. When engraving the texts keeping the image areas below the surface of the wood or metal -just opposite to relief images- became easier, the the first phase process of Intaglio printing emerged where the ink was filled in the engraved areas and transferred on to paper. The second phase process in Intaglio printing was gravure process of printing using liquid inks.

In one of the processes -later improvisation- in woodblock printing, the running texts were first hand written on very thin sheet of transparent paper and the said paper used to be pasted face down on the wooden block and using it as key the letters were carefully engraved on the wood. Later era saw this technique  leading to the development of thin gelatin or Arabic gum coated transfer papers on which the design elements or texts were hand drawn or written with oily ink and then they were transferred by chemical process on to the Lithographic stones for printing by Lithographic process(Offset principle). The Lithographic stone printing process  paved way for the development of sheet fed and rotary Offset printing machines using thin metal plates instead of Lithographic stones.

78) What is woodblock printing and how was it done?

Wood block printing is a process in which image, patterns or even scripts to be printed were carved in reverse form on a piece of wood knocking out the wood from the areas that are not to be printed thereby leaving only the outline of the image to be printed remain in relief on the wood. The block was then inked and printed on required substance like paper or fabric. The images on the wooden blocks used to be inked with some oily black substance and the medium such as paper or fabric on which the prints were to be taken will be placed over it face down carefully and then the paper or cloth will be slightly rubbed or dabbed against the relief image areas without allowing it to shake. In this act, the inked images from the wooden blocks would then get transferred on to the medium to be printed which will then be taken out and dried.

Almost all the documents were printed using wooden Blocks especially during Song Dynasty in the years 960 – 1279. The earlier part of the printing was done only in one colour i.e images printed in black colour. However during Ming Dynasty (1368 – 1644), with increased demand for illustrated documents in color surfaced, the printing with additional colours were also done. 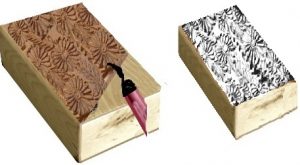 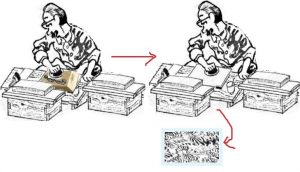 79) What were the constraints in woodblock printing?

The creation of relief images on the wood block was very cumbersome and needed expertise to engrave the texts on them that too in reverse form leaving non printing areas remain below the image level. In woodblock printing, an image is carved in reverse on a piece of wood. An engraved wood containing images to be printed once engraved cannot be altered or corrected for mistakes. How was the continuous running texts engraved? It was the finest art and expertise. The researchers say that the text was first hand written on a piece of thin paper and then pasted face down onto a wooden plate  as key print for engraving or alternately the images of the hand written texts in semi wet condition used to be pressed against the wooden block to transfer the text on the smooth surface of the wood.  Using the thin  key outline as guide, the characters were carved out piercing the key paper print using a thin stylus engraver which was time consuming process. The wood block was carefully prepared as a relief pattern, which means the non-image areas were cut away with a knife, chisel, or some other fine instrument leaving the characters or image to be printed  to remain at the original surface level. In this cumbersome process of engraving the wood, if care is not taken, wrong letters would be created or letters get chipped off. No alternation could be easily carried and the wrongly carved words or letters had to be again re-engraved on a piece of new wooden block and  they had to be replaced on the main wooden block by pasting over the area to be corrected. Once the required no of copies were printed, the engraved letters that form the  words and sentences  on the wooden block became unusable and for each page, fresh wooden block had to be engraved and once used wooden blocks per page finally discarded as unusable  after taking sufficient no of copies from them. The wooden blocks were also found heavier to handle.

Guide to Students in Printing – 28 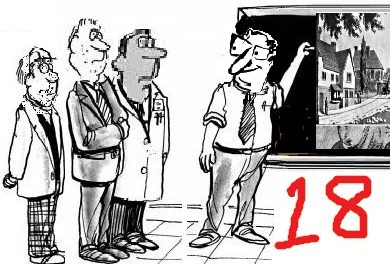 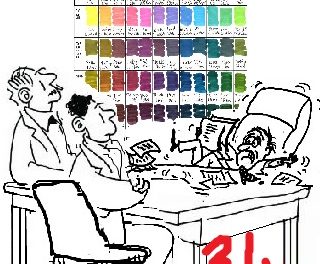 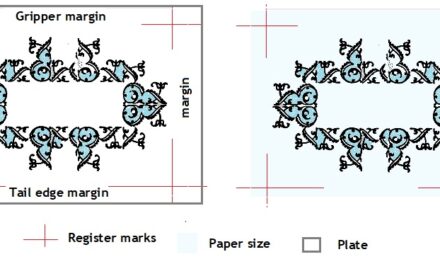