In the traditional method of printing, the blocks or the plates required for printing the image with or without the texts used to be prepared through a laborious process called -Block making or Plate making – using several chemicals and photographic films. The metal plates used to be coated with certain light sensitive emulsions, photographically prepared negatives or positives kept in tight contact with the coated plates and then after exposure to special light sources the plates used to be processed with several chemicals to make the images appear on the plate which will then be put on the printing machines and printed.
With the stricter laws emerging globally on pollution and environmental controls, the need to recycle the waste chemicals, setting up of waste water treatment plants / treatment of hazardous chemicals and processed solution etc became mandatory. It lead the technologists to find alternate technologies to replace the traditionally carried work pattern involving several chemical and laborious manual processes in printing some of which were time consuming too.
Basically the reasons that prompted the Printing industry to divert their traditional approach to the development of newer technology emerged due to:
1. Need to speed up the process
2. Need to drastically reduce the consumption of chemicals
3. Need to reduce the processing cost 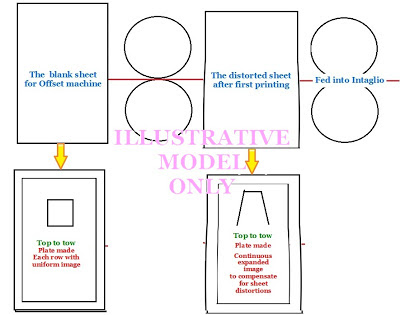 CTP:
The emergence of CTP system based on direct thermal exposure system has caused the industry to rework out the proofing processes for taking faster decisions as it has become possible to get the proofing done on ink-jet printers for color, content, position and imposition to finalize the printing.
Towards the chemical free, film free system of processing /producing the plates the CTP has been developed. Called Computer to plate (CTP), the system controlled by a computer produce directly usable printing plate for all the printing processes specially for Dry Offset, Wet Offset and Intaglio printing machines. Once the layout and the texts and images are finalized they will be laid out into printable form (layout) in the computer and directly transferred on to a pre sensitized plate which form the images on its surface without use of any further chemicals . It is done by digital printing plate imaging process and performed under daylight conditions. The thermal exposure ensures highest production quality.
The main impact of the technology is the removal of the use of the negative or positive film to image the plate, and instead the image is directly sent to the plate. The removal of the one step increased the speed, reduced the errors, and elevated the quality of the image.
Although the CTP is a new technology, it has become popular due to its cost-effectiveness. While the production of photographic film to produce a plate or block cost a great deal of time and money the direct CTP system has cut out the middleman and mid processes in order to save on both. Direct to plate printing is also environmentally friendly and has a higher productivity rate with increased sharpness of the images formed, consistency in the images on all the plates produced, higher accuracy rate in registration and details of the images. The CTP technique also avoids potential losses in quality which can occur during film processing including formation of scratches on the surface of the film which will reduce sharpness to some extent and effect variations in the exposure especially when photographic images are processed. This system is very useful specially to Security Printing Organization which produce huge volume of work and to the News Paper and Magazine publishing houses.

This system is also very effective tool for Intaglio Printing process and the system is called CTiP i.e Computer to Intaglio Printing. The quality of the Intaglio printing very much depends on the quality of plates produced as the images are engraved.
Unlike the traditional plate making system for Offset plates, the Intaglio process of plate making involves several steps such as production of engraved single up dies, production of individual plastic moulds which will then be assembled to the prepared layout and by galvanic deposition of nickel on the plastic moulds, nickel alto (mid plate) is prepared from which the final printable plates are produced again by electrolysis process. The CTiP replaces the entire steps and produce direct engraved plate as per pre decided layout in perfect registration. The advantages of CTiP are:
1. Production of plates will be faster
2. Error free registered images
3. Direct production of engraved images with required depths wherever necessary in the images without involving manual engraving.
4. Direct production of full sized plate with continuous compensation for sheet distortions. Due to high degree of pressure the sheets tend to get distorted in trapezoidal form which can also be vertical or horizontal. Therefore while laying out the moulds for preparation of Nickel mid plate, the layout is made in such a manner that the first row of the images in the gripper side will be gradually expanded in each row in smallest microns to compensate the expansions so that at the end of printing there will be no white margins or mis–register at the Leading edges. The CTiP automatically takes care of such allowances once no of ups in the overall image area is fed into it. This factor is very important when repetitions of the same plates are made after long intervals as the information can be stored in computer discs. 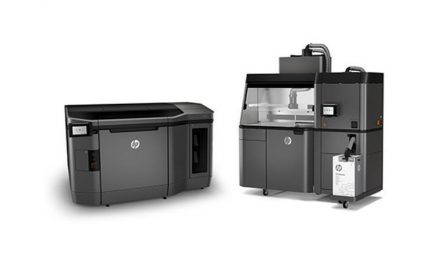 Latest developments in the printing world