Interesting security feature – an analysis
Written by : N.R. Jayaraman
One of the security features something like simple dots in circle found on some of the currencies  is quite interesting to study as they contain hidden security feature. The feature is such that the dots or few similar patterns printed in some portions of the currency, when viewed with a special equipment will show only specified no of dots or patterns within a fixed frame incorporated in the authenticating equipment, which is supplied by the firm who supplied this design element. 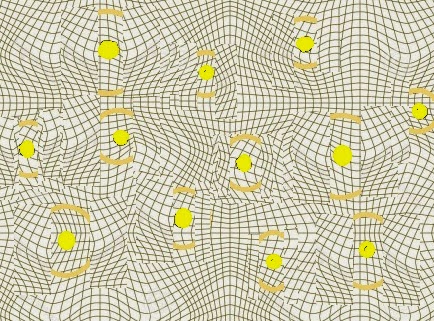 At the outset the feature may appear easier to counterfeit, but beware it is the most difficult feature to copy as the specific feature has complicated geometrical proportion besides dots or patterns with high no of encrypted bits that comes in the way of counterfeiting though they may appear to the naked eyes as simple spots in circle. The counterfeited currencies are quickly detected by reading this feature alone in one go. Though this feature is meant specially for authenticating  genuine and fake notes by the law enforcing agencies on the suspected  currencies  in circulation, this feature can not be verified by the public  unless the specific apparatus is used for testing which is also not publicly issued or sold, being user specific. Therefore this feature remains out of knowledge to public.

To naked eye each dot or pattern may appear equal in size and shape, but on close scrutiny with the special gadget which is inbuilt with secret software to read the particular pattern, it will reveal that each individual pattern/dots vary with one another in size and shape inbuilt may be some with few encrypted bits, each dot or pattern placed at a particular distance from each other on all sides, each varying in size and shape and positioned at a particular angle. Therefore only authorised number of circles or dots will appear inside a frame in the gadget authorised for examining this feature and again this feature being secret feature they are not revealed to public.

Why this feature remains difficult to copy is that the printed document gets expanded or shrunk by few microns after they are printed in Intaglio or handling which is not visible to naked eyes unless accurately measured and checked.  When such currencies are copied the copier simply copy them to the actual size kept for copying. What the inspection gadget does is that when the currency is put under the viewing panel for examination, the apparatus automatically adjusts the design elements to the original size so that the position of the design elements remain exactly as per the original design and thus authenticating becomes possible. Unless this is done the specified no of dots that are  to remain within the frame for authentication can not be achieved as the dots or patterns not confirming to the original size ( in all aspects) will not be read by the the apparatus for authentication. The design elements placements are such that the elements which are supposed to be inside the frame, if happens to touch the border limit prescribed (frame), that particular element will get absorbed and vanish from viewing panel.  The exact size, shape and hidden elements of the said design is not made known even to the user as they are patented and rests with the design and gadget supplier and feature supplied as package with  design.

When the currencies are copied by the counterfeiters the copier simply copy the elements like a line work (art) unable to read the hidden intricacies including the angular pattern inbuilt in the elements as the copying machine copies the original from 90 degree angle. Therefore the hidden feature and the colour effect of the ink prevents the copier from  copying to the true document colour design. In order to understand the intricate aspects of the feature, see the illustrative models shown below.  However they are not  actual design elements of any currency and are mere model illustrations only. 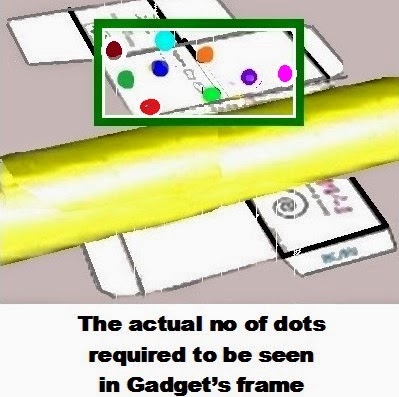 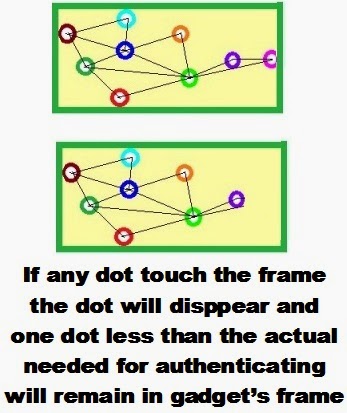 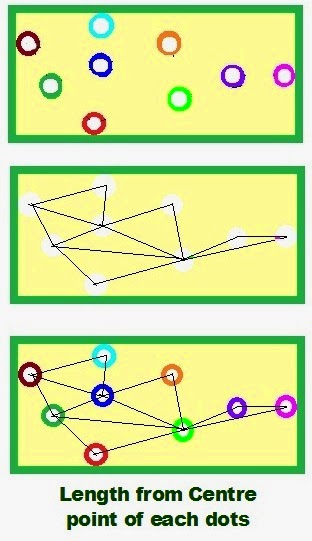 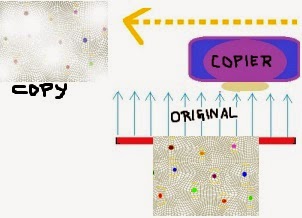 All about printing papers …..3 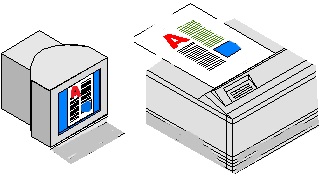