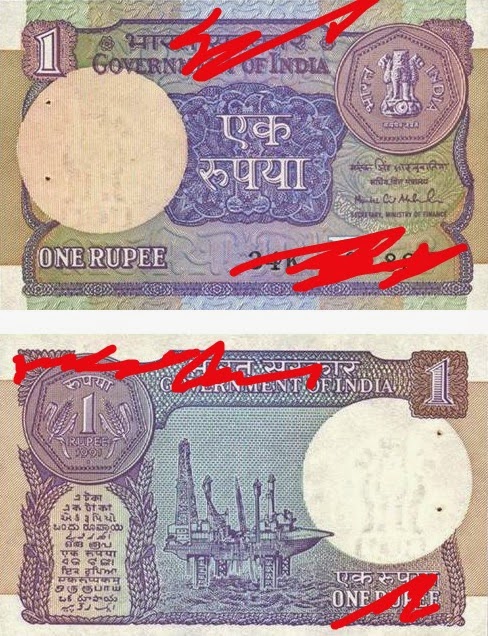 One rupee currency notes are set to make a comeback after two decades,although in a different colour
( News  Courtesy : The Times of India dated 27th December, 2014)

NEW DELHI: One rupee currency notes are set to make a comeback after two decades, although in a different colour.

Instead of the familiar indigo, the new Re 1 notes will be predominantly pink-green on the front and back in combination with others, a finance ministry notification said. Unlike other currency notes, the Re 1 notes will be issued by the government. As was the norm earlier, the currency note will be signed by the finance secretary, while the Reserve Bank of India governor will continue to sign notes of all other denominations.

“It contains the words ‘Bharat Sarkar’ above the words ‘Government of India’ with the year 2015 on the representation of the Re 1 coin with the rupee symbol having floral design and the surrounding design consists of picture of ‘Sagar Samrat’, the oil exploration platform and with the authentic rendering of value in fifteen Indian languages in language panel with the year figure shown on the centre bottom in international number,” the notification said.

Other currency notes have RBI printed on them.

Over the last few years, the government and the RBI have focused on coins for smaller denominations and discontinued Re 1 and Rs 2 notes citing the high cost involved and the clogging of presses. But the decision to go back to Re 1 notes came as a surprise.

The 1935 Rupee One is the only note with Serial Number on the reverse. 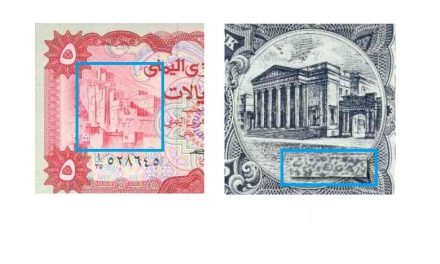 Errors on Bank Notes and Currencies